Full-text of the article is available below:

Atsikana Pa Ulendo (APU) is a symbol of hope for girls from poor families.

“My parents could not afford to pay my school fees to any other secondary school because they are poor and don’t work,” says student Emily Galeta. “They are only peasant farmers who don’t earn enough from farming. “

Emily is among several girls who are learning at APU, or Girls on the Move Secondary School, for free.

The school is a brainchild of Memory Chazeza Mdyetseni, who resisted a push into marriage from her relatives after the death of her parents. More than half of Malawi girls are married off before completing secondary school.

“They never came direct to me like, ‘Memory you are supposed to get married,’ but their talks, their chats around me, were really leading to telling me that I should really get married,” says Mdyetseni. “And all the time I would stand up to myself and say, ‘No.’”

Three years later, after losing an uncle who was paying for her secondary education, she left school to stay with her grandfather.

“I was the only girl in the village, and when I asked where the other girls were, I was told they were all married,” says Mdyetseni. “And in this small village, the expectation was that I was the next girl to get married.”

Instead, she began working as a volunteer teacher at an all-girls’ secondary school which had just opened in her area.

It was there that she befriended a volunteer teacher from Canada who later raised funds to pay for Mdyetseni’s college education.

After obtaining a degree in Bible studies, Mdyetseni approached her Canadian benefactor, Christie Johnson, with the idea of starting an all-girls secondary school. 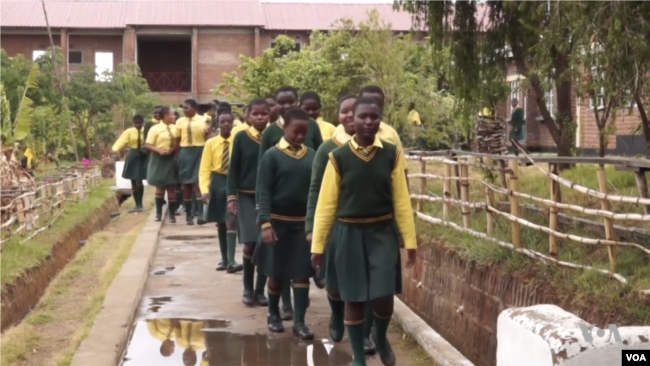 Students at Atsikana Pa Ulendo (APU) or Girls on the Move Secondary School in Malawi.The school receives most of it’s funding from Rotary clubs in Canada, where Johnson lives. More than 800 girls have so far benefited from the scholarships since they began in 2007.

Some are now working as teachers while others, such as Manesi Samuel, have graduated from university.

“If I did not have APU there, it means that by now I would be home having kids, married, and become a housewife,” she says, “and housewife, of course, of a subsistence farmer, and I didn’t like that.” 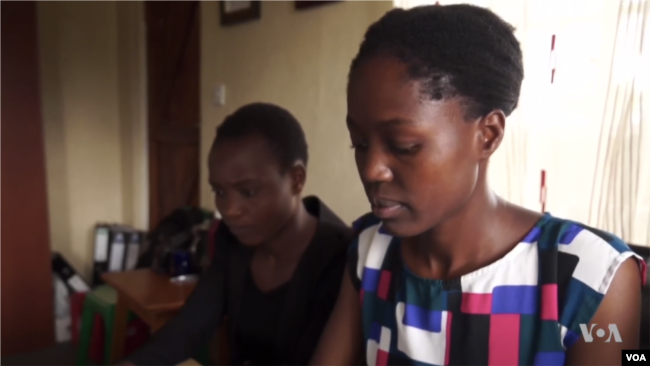 Former APU student Manesi Samuel graduated from a U.S. university and now hopes to create jobs in her village.

Samuel, who earned an economics degree from the University of Oklahoma in the United States, plans to start an economic empowerment initiative to create jobs for people in her village.

Financial challenges at APU have prompted the school to also enroll students who can afford to pay tuition fees.

Still, Mdyetseni plans to open more schools operating under the same model and even dreams of one day opening colleges to benefit female students.