APU Founder, Memory Mdyetseni, and student, Maness, had the wonderful opportunity to present at the Rotary Zone 24-32 Institute in Winnipeg on September 29-October 1st. There were 450+ participants, including 200+ past district governors, present an future, Rotary International President John F. Germ, two Rotary Foundation trustees, and two Rotary directors – including APU MEF Director Dean Rohrs.
The stories they shared were emotional and inspiring, exemplifying the real work and successes of those on the ground in Malawi. Memory will remain in Canada until the end of October, continuing to share her story of APU with Rotary Clubs and other organizations. 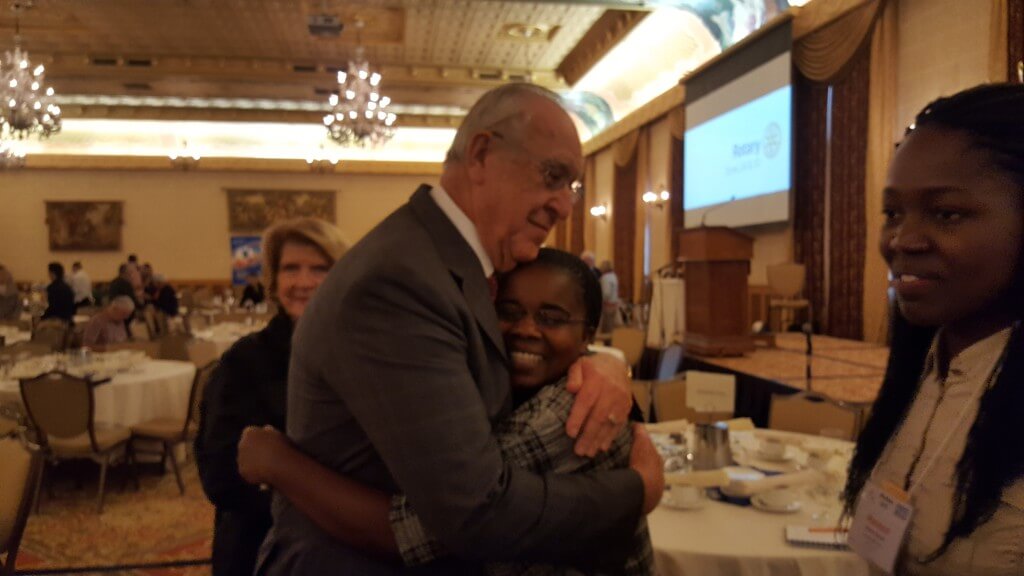